Sitting at a rooftop bar that we would have never found on our own—a hidden Paladar, up a staircase, tucked away from the street, our AirBnB experience guide and bridge between "tourist Cuba" and "hidden Cuba", Marcel, described the impact that AirBnB has had on his life.

When AirBnB decided to test the Experiences product in Cuba, they reached out to current home hosts and invited them to participate. A group was created, with a dedicated AirBnB liaison. As Marcel tells it, the liaison visited Cuba and held training sessions with the group, teaching them how to think about pricing, cost of goods sold, marketing, etc. 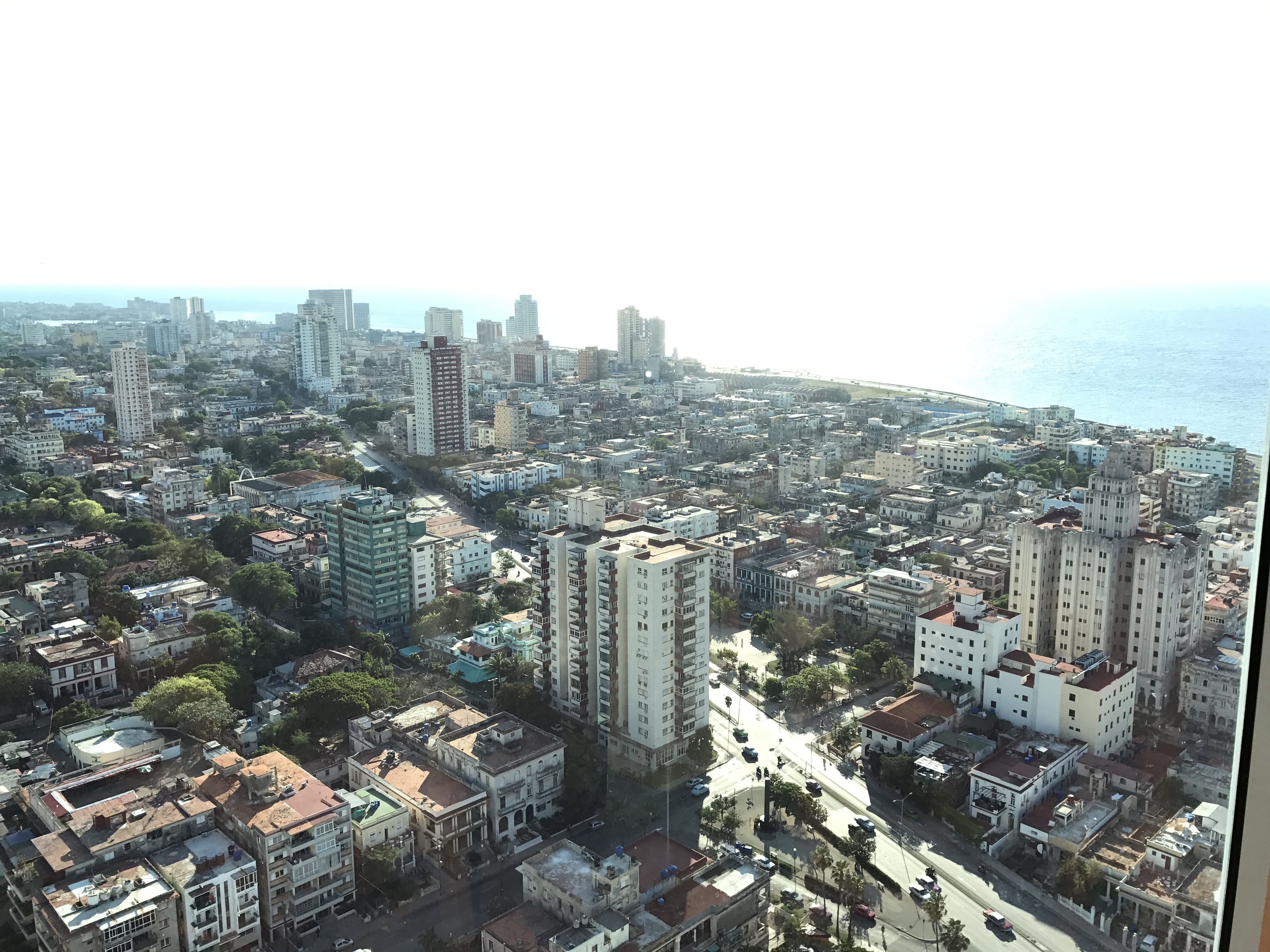 The night before, Marcel shared with us how he tried for five years to move to the U.S. After living in limbo for half a decade, his application was rejected when he and his wife who had already successfully emigrated were divorced.

"It's my fate," he said. He has resolved that the rest of his life will be spent in Cuba. Eyes brimming with tears, he shared how he now has found ways to run his business and support his family, through tourism.

The next night, at a beautiful dinner on the ocean, we were spending our final night with Marcel and the other experience guests—two recent college graduates, Ed and Chris, data scientists, who had interned for AirBnB the previous summer.

As we took in the view, Ed pulled a gift out of his backpack to present to Marcel. An AirBnB t-shirt. Marcel was overcome with excitement. With a huge grin on his face, he popped up from the table and when he returned, he had changed into the shirt. Glowing, he talked about how he wouldn't wash it because he didn't want to ruin it.

In a country where taxi drivers can make more than engineers and doctors, and the average monthly salary is $20, economic prosperity is hard to find. The positive impact that companies like AirBnB and American tourism has had on the people of Cuba was wonderful to see. For Marcel, and many others, the ability to make money through tourism allows them to rise out of the poverty that so much of Cuba exists in.

The New York Times published an article last week, "In Cuba, Trump's Reversal Could Hurt Small Businesses" The article starts out with an interview with an AirBnB experience host:

“The majority of my clients are American,” he said. “With Airbnb, I have become independent. I market and sell my own product that I have total control over.”

Such entrepreneurial dreams were precisely the sort of change that the United States government had in mind when President Barack Obama formally opened relations with the communist nation.

I was inspired to see the impact that an American company like AirBnB had in the country. I left our trip, hopeful that Cuba was experiencing a positive transition. Trump's return to a broken policy that has failed, will hurt the average person, not the government.

At the 2017 Origins Game Fair, they featured a new event, apparently a staple at other conventions previously, called "True Dungeon". As I read about it in the run-up to Origins,

When I was a kid, I watched the made-for-tv Alice in Wonderland dozens of times. It was one of my favorite movies. It had incredible characters, including cameos from celebrities like Ringo Star.